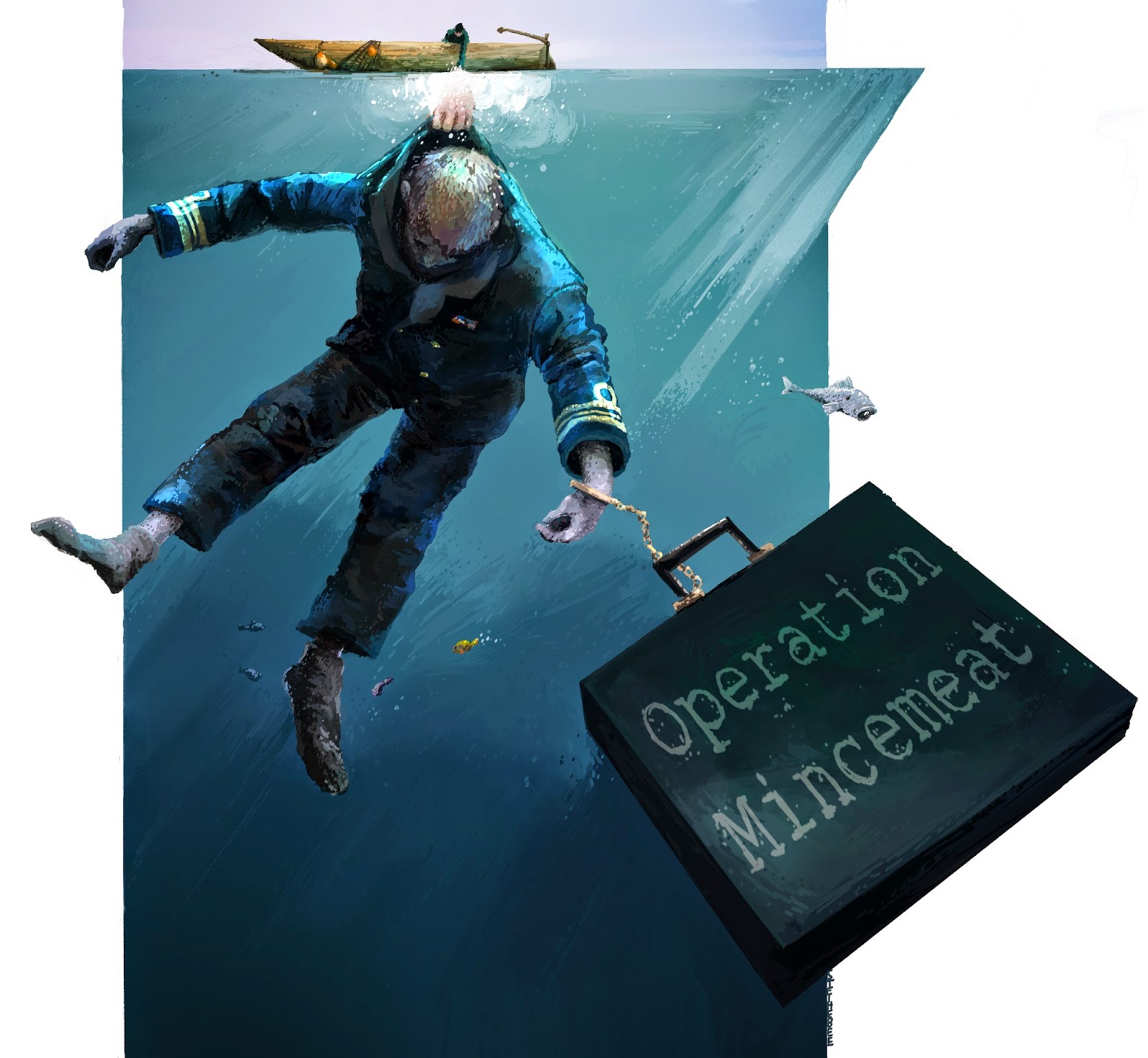 This week, 78 years ago, the U.S along with British, Canadian, French and a host of other countries' troops invaded the German occupied territory in Normandy, France.

Many of us know the story or have seen the films depicting the heroism of our fighting forces as they charged headlong into the German’s formidable Atlantic Wall.

... but few may know about the

Today we would like to focus on three unique individuals that helped the invasion happen and did their part on the battlefield. These stories include a dead body, an African American medic, and a pack of parachuting dogs.

Both sides knew an invasion was inevitable, years of careful planning and preparation were needed to keep the enemy in the dark about when and where the landing would take place. The control of information and spread of disinformation was paramount to the success of the operation which was code named Neptune. “Loose lips sink ships” was the common phrase on either side of the “Pond” (Atlantic Ocean) and most of the population took it to heart. Never had such deception been orchestrated and it was all done in secret. For years the Germans were sure the allies would cross the English Channel and invade at the Pas-de-Calais which was the fastest route to both France and Germany. And, up until the final moments of the invasion that is exactly what the Allies wanted them to think.

Operation Mincemeat was one of the key factors that led the Germans to believe the attack would happen at the Pas-de-Calais. This operation involved fake papers and a dead body.

No, we did not get those two mixed up.

A real dead body was issued with phony paperwork stating that the allies did intend to land at the Pas-de-Calais and that Normandy was a fake landing site. The body was released into the ocean and strategically washed up on Spanish shores. Though the Spanish were not involved in World War II they did receive help from the Germans during the Spanish civil war before 1939.

The allies then waited for the Spanish to claim they found the body. When this happened the British asked for the documents to be returned. They were but there was something off. To make sure the papers were read by the enemy the documents were folded in half once. Upon their return British forensic investigators found that the crease was off. But this wasn’t enough. To really make the Germans believe this information wasn’t a hoax, the dead body was a drowning victim, given a fake enlistment into the military, a theater ticket stub, a photo of a fake love interest, and a column was placed in the newspaper reporting his unfortunate death. This along with the reports from British double agents the Germans had no doubt that the attack was going to be anywhere but Normandy. Only one German General had doubts about the invasion site and suspected Normandy. That officer was Erwin Rommel. He noticed the similarity between the beaches of Normandy and the beaches at Sicily where the Allies had invaded nearly a year earlier.

Once on the beaches of Normandy, every person did their utmost to stay alive. Some would not have made it without the aid of a brave African American medic named Waverly Woodson.

A member of the 320th Bagade he is credited with saving hundreds of lives while being wounded himself. After taking shrapnel when his landing craft struck a mine he went to work and set up an aid station on Omaha beach. While under constant fire from the enemy, he amputated a leg, resuscitated numerous men, patch holes, removed bullets, and continued treating the wounded for 30 hours straight before collapsing from exhaustion.

After three days of recuperation he requested to go back to work. For his valiant efforts Woodson received the bronze medal but in 1997 that was upgraded to the Congressional Medal of Honor.

Up in the sky!

During the D-Day invasion the British had the keen idea to use dogs to sniff out mines, booby traps, while identifying friends from foe.

were trained to jump out of a plane,

Training the dogs to do this was easier than most people thought. The dogs were deprived of food close to the jump and then the handler would jump out of the plane holding a bone or a piece of meat and the dog would follow.

Once the pair landed the handler would feed the dog and they would proceed on mission. Overall the experience leaping out of a plane didn’t seem to bother animals. One handler recounted a jump where he thought Ranee was scared. He called to Ranee as the pair floated down to earth.

The K-9 wagged his tail before touching down.

It wasn’t all smooth sailing though. Bing had to be retrieved after parachuting into a tree, but overall the experiment was a brilliant success.

Bing went on to be awarded the Dicken Medal, and the Animal Victoria Cross. Sadly Glen did not survive D-Day. Both Glenn and his handler Emile Corteil were buried with honors in the Commonwealth War Graves Cemetery at Ranville. To this day Glenn is the only dog buried there.

the sung and unsung

who fought to deliver the world from the brink of tyranny.

Learn More About the Unsung Heroes of D-Day Here and Here.