Security Professionals should not be ready for conflict at any time, even if their site may be lacking conflict on a "regular basis". We cannot stress this enough ... it doesn’t matter if you are armed security or unarmed,

your greatest weapons are your professionalism and your voice. 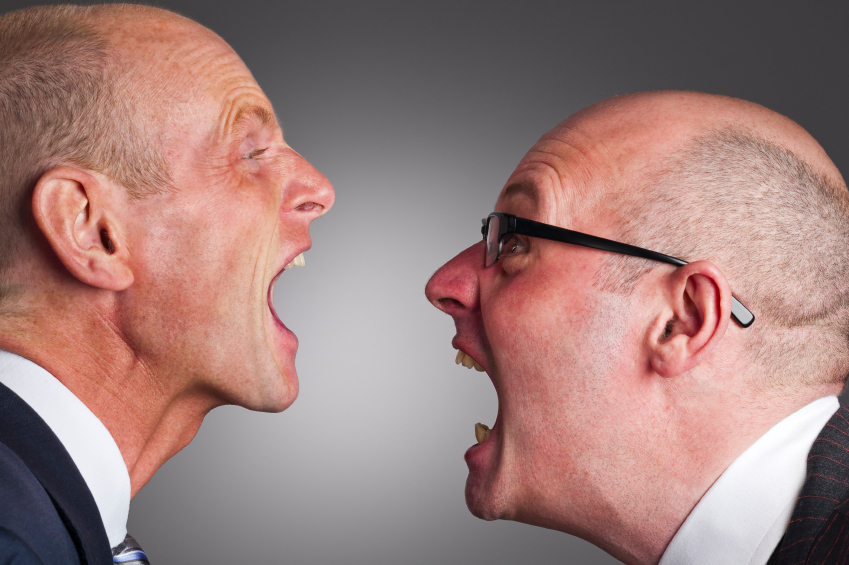 The goal for any security officer, who finds themselves in a situation involving conflict, is threat mitigation and de-escalation of force.

This can be particularly challenging for some people, especially in the heat of the moment. A curse word or even an inappropriate gesture is all it takes to escalate tension.

Unfortunately, many officers in the security industry do not realize that most situations can be resolved with simple conflict resolution.

Fortunately, we here at Guardian Protection Force provide our officers with ongoing training to quell serious situations before they happen.

We as humans, are none of us free from conflict. It all depends on how we handle it. The worst situations rarely just manifest on their own. Most things escalate from something small to something big, primarily due to two opposing viewpoints.

Classic example: An off-duty security officer (Terry) is in a verbal altercation with a man he met at a bar (Ralph). Terry is upset because his team lost, and he bet money on the game. Ralph, whose team won, is not a good sport about winning and mocks Terry’s team.

Their words become heated and neither one wants to back down. The verbal brawl turns to a physical one and eventually Ralph pulls out a gun. I’ll let your imagination create the rest of the scenario. The point is none of that was necessary and very easily avoidable.

Now let’s play out the scenario again, but this time Terry uses de-escalation to avoid a fight. How could Terry de-escalate the situation? Well, the best and most obvious is for him to simply walk away. Terry could also imply that the money he lost isn't important to him.

He could make light of the situation and laugh it off. He could even find some common ground with Ralph and salvage an otherwise disappointing evening.

There is no law that says you need to escalate a verbal altercation. However, there may be a time when the person you are talking to is not in a good state of mind.

Nonetheless, as security officers, it is our job to find a peaceful resolution that appeases both our employer and the client.

We'll end this blog by reinstating that your voice is the best weapon you have to resolve conflict, so use it as much as you can.

Be kind to each other.